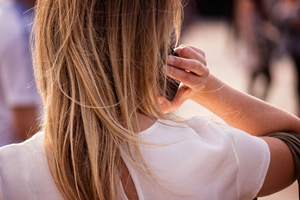 It is illegal to ride a motorbike or drive while using a handheld mobile phone or similar device.

If you are caught, you face an automatic fixed penalty notice, a fine of £200 and six penalty points on your licence.

The rules were originally brought in to try to reduce the number of car accidents caused by drivers using hand-held mobile phones while behind the wheel. However, it is still not unusual to see drivers making phone calls or texting while driving; in fact, it is alarmingly common.

The effects of mobile use when driving

Drivers may feel that using a handheld mobile phone does not impair their driving because they are still able to see the road. However, there is evidence to show that the use of mobile phones while driving reduces reaction times and impairs the driver's awareness of other traffic. Some studies have even indicated that driving while using a phone is as dangerous as driving while intoxicated.

According to the Royal Society for the Prevention of Accidents (RoSPA), using a phone while driving has the following effects on drivers:

Although the ban does not apply to the use of hands-free kits whilst driving, they can still be the cause of road traffic accidents. The courts have taken the view that drivers can be prosecuted if they are driving dangerously due to the use of a hands-free kit. This type of car accident is not viewed lightly and judges have imposed prison sentences for motorists who caused serious and fatal motor accidents while making a call even if a hands free kit was used – such decisions are at their discretion so it is best to avoid the use of hands-free kits at all.

RoSPA believes that the ban on mobile phone use while driving should extend to hands-free kits.

Thompsons is Scotland's leading personal injury firm and secures its clients more than £1 million in compensation each week. If you have been involved in a road traffic accident where a driver was using a mobile phone or a hands-free kit call 0800 0891 331 for free compensation claim advice from our team of experienced no win, no fee lawyers .