Thompsons acts in one of Scotland's first COVID-19 discrimination claims

In one of the first COVID-19-related employment law discrimination cases to reach the Scottish Courts, an employment tribunal has found that a group of fire fighters in Scotland suffered "unfavourable treatment" from the Scottish Fire and Rescue Service (SFRS) due to their ongoing health conditions.

Jillian Merchant, of Thompsons Solicitors, represented the claimants. She says she is delighted with the decision reached at the tribunal.

"The Scottish Government's advice was that disabled workers who need to shield for their own protection should not be punished.

"The SFRS is one of many public authorities that signed up to the Fair Work Statement which held that no worker would suffer unfavourably if they followed public health guidance.

"The finding of this tribunal is that these fire fighters not only suffered a detriment, but they were discriminated against."

The tribunal heard that fire fighters who needed to 'shield' during the COVID119 pandemic and were unable to work from home were forced to use holidays and TOIL (time off in lieu) while they were away from the workplace.

Advice from the Scottish Government had been clear: any worker who needed to shield from possible exposure to coronavirus should not be penalised by loss of "future entitlements like holiday and accrued time”.

The tribunal found the SFRS guilty of disability discrimination as a result of its actions towards the shielding fire fighters.

However, as of yet, the SFRS has received no penalty for the discriminatory acts and the affected workers have not received any financial compensation for or reinstatement of the holiday time and entitlements they lost while shielding.

The Fire Brigades Union (FBU) has expressed its satisfaction with the employment discrimination ruling, but has stated that the lack of sanctions against the SFRS is disappointing.

Scottish Secretary of the FBU Denise Christie told The Herald that, in principal the result was pleasing, and another example of how trade unions will fight for their members rights.

However, she added that it is impossible to ignore the fact that no sanction has been imposed on SFRS and that no order has been given for the affected claimants to have their lost holidays and entitlements reinstated. Which, she says, is clearly unjust. 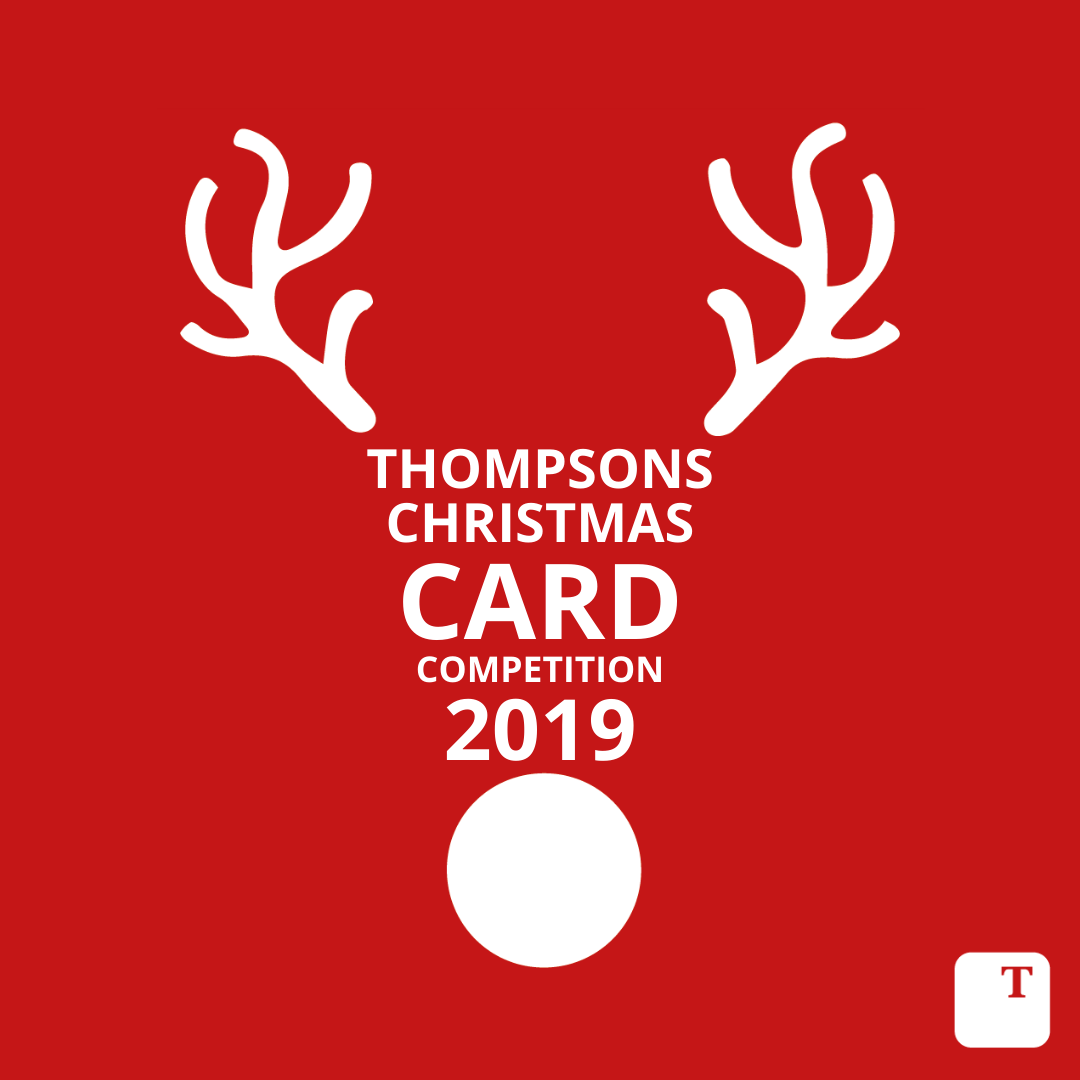 Are you a crafty little Christmas elf? Are you ready for sleigh bells and Christmas pudding? It’s time to get creative and design Thompsons Official Christmas card for 2019. The winning design will become our Christmas card and be sent out to all of our friends and family here are Thompsons.

Thompsons Solicitors are Scotland’s leading law firm helping survivors of historic sexual and physical abuse. The law was recently changed in Scotland to allow survivors of abuse to pursue compensation from those responsible for that abuse. Thompsons work with the county’s leading survivors charities to provide the most comprehensive support possible. Our lawyers are highly trained and provide a completely confidential service through our dedicated historic abuse helpline.

We currently represent many survivors who suffered abuse in a variety of circumstances from in-care institutions, religious organisations and sports clubs. If this is an issue that has affected you or someone you know please call us in confidence now on 0800 0891 331.

This year, the 5th annual Thompsons Christmas Card Competition is raising funds for Cash for Kids Mission Christmas, by donating £1 for every entry we receive. Mission Christmas provide gifts for children living in poverty across the country.

WIN £1000 and an Internship at Thompsons Solicitors 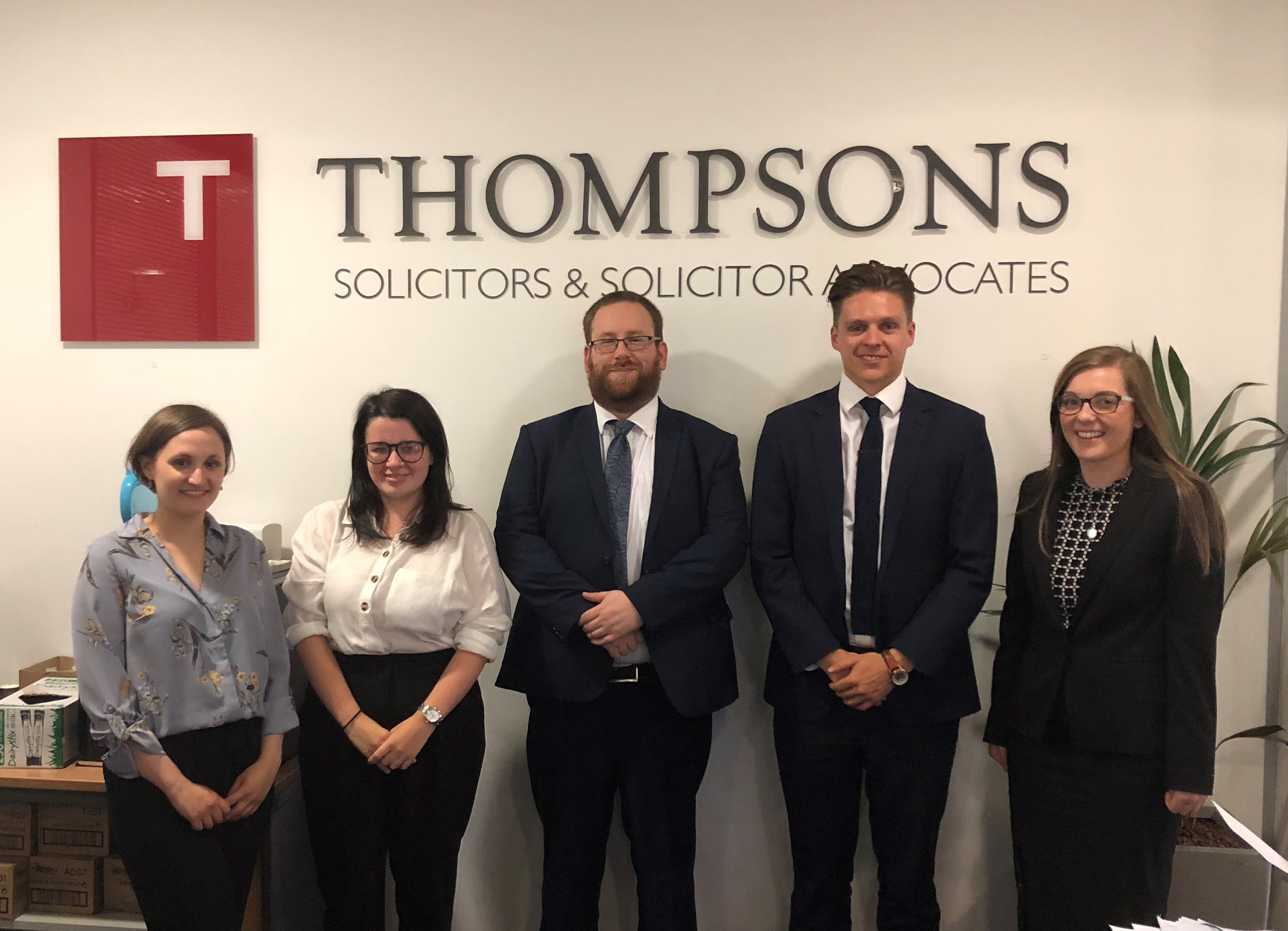 The Frank Maguire Memorial Award gives law students across Scotland the opportunity to win not only £1000 cash, but a prestigious internship at Thompsons Solicitors.

Success for Thompsons at the 2017 Law Awards

It was a fantastic night for Thompsons Solicitors at the 2017 Law Awards. After what’s been a very successful year for the whole firm seeing the hard work of our staff reflected in these awards was highly significant.

Do you live in one of the communities affected by clouds of toxic ash being blown up from lagoons close to Longannet Power Station? Thompsons Solicitors who are experts in dealing with cases involving environmental pollution and public health are beginning legal action against those responsible for the toxic ash clouds. Our solicitors are working with local community groups to pressurise the authorities to take action more quickly on tackling the dust cloud problem. If you or any member of your family have been affected please call our team now on 0800 0891 331.

Click here for further information on The Valleyfield Ash Lagoons

After last weeks high profile media coverage over the scandal of asbestos in our schools and hospitals Clydeside Action on Asbestos has begun a petition to pressure the authorities to prioritise removal.

Asbestos in schools is a health timebomb, protect our children from asbestos in Scottish schools by signing the Petition below.

Whilst much of this work is often routine there have been several occasions, particularly on high profile cases, where councils’ legal teams have been very obstructive. In this in-depth interview one of Thompsons leading solicitors, Lindsay Bruce, talks to leading BBC journalist Isabel Fraser about her experiences of dealing with legal action against councils.

In the interview below Lindsay outlines some of the disappointing tactics used by Public Body legal representatives and talks about how she feels things could be made better for everyone involved.

Have you been affected by the baby ashes scandal at Hazelhead crematorium in Aberdeen?

Aberdeen City Council has set up a scheme to financially compensate families.