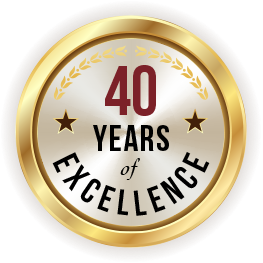 We know what side we're on, we only act for injured people. 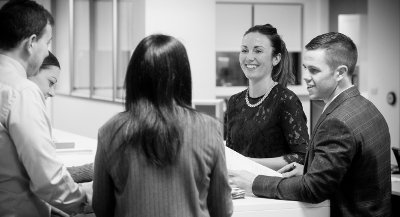 Thompsons Solicitors grew out of the radical campaigning law firm established in England in 1921 by William Henry (Harry) Thompson. Harry Thompson was one of the leading lawyers of his generation – the Champion of the trade union movement.  Throughout his long and influential career, he never stopped pushing the scope of civil liberties and crusading for better compensation for workers.

His firm, W H Thompson, Solicitor, was passed on to his two sons, Robin and Brian Thompson, who were equally passionate about fighting injustice. They pushed the boundaries of personal injury and workers’ compensation set by the laws of the time, and developed the firm into the nationwide company that it is today.

Thompsons Scotland was set up in 1979 in Glenfinlas Street, Edinburgh, with two partners and three support staff. Following a fire, the office premises were relocated to Castle Street, where they have remained ever since.

How we've grown over the years

Today there are Thompsons Scotland offices in Edinburgh, Glasgow, Dundee, and in the Scottish Borders, and the firm has expanded to become the largest specialist personal injury practice in Scotland. The Scottish practice is an award-winning firm in its own right, with over 200 staff, including 16 partners and 11 solicitor advocates.

Thompsons Scotland specialises in personal injury compensation claims, helping clients who have suffered injuries in road traffic accidents, accidents at work and industrial diseases.  We also have a specialist employment law department and are very proud to support Trade Unions in their aims to make workplaces safe and fair for all.

Despite having come a long way since its origins, Thompsons Scotland still follows the principles established by Harry Thompson almost a century ago. We only work for injured people or those treated unfairly by their employer and, unlike other firms, we never work for defenders or employers.

By only working with individuals, our lawyers have developed a deep understanding of just how much victims and their families can be affected by a personal injury. Helping relieve their struggle is what drives us as a firm, and we're intent on improving the law so that it's fairer to these hard-working people.

We have helped implement change in several ways. We are proud of our history in helping trade unions in not only pursuing personal injury compensation claims for their members but also representing their members in advancing their employment rights in matters such as unfair dismissal, discrimination, equalities (including equal pay) and  transfer of undertakings (TUPE). However, Thompsons is not exclusive to trade unions and has an established and expanding private client network.

On the campaigning front, Thompsons Scotland is equally active. We were instrumental in bringing about schemes for members of the National Union of Mineworkers in relation to the diseases suffered from working down the pits.  These schemes, involving industrial deafness, chronic bronchitis and emphysema, and vibration white finger, have yielded millions in compensation for the Union’s members.

We are also heavily involved in campaigns on behalf of victims of injustice, including victims of mesothelioma, the cancer caused by asbestos, and those who caught Hepatitis C from contaminated blood transfusions from the NHS. We helped bring forward an inquiry into the tainted blood scandal and represented many families involved.

Our effectiveness in these campaigns is shown most clearly in the tributes made to our late joint Managing Partner Frank Maguire, who died in September 2011. Frank made it his mission to give a voice to those whom the justice system overlooked. He has been praised as a "true champion for the underdog" by former Scottish Labour leader Iain Gray.

When you bring your case to one of our solicitors, you can be sure that they will only ever be on your side. Thompsons was founded on the idea that victims of negligence should receive the fair amount of compensation they deserve, and all our work today is based on this core belief.

Approaching every case with care, diligence, and dedication, our solicitors will be able to give you expert guidance and advice to help you reach the best possible outcome on your case.

We have helped thousands of clients make all sorts of claims. So, whether you've been involved in a road accident caused by someone else that has left you with life-changing injuries or have suffered a serious illness because of unsafe work conditions, one thing's for certain: Thompsons will always put your best interests before anything else.