Keep up-to-date with all the latest News, Awards and find out what we’ve been up to in our blog... 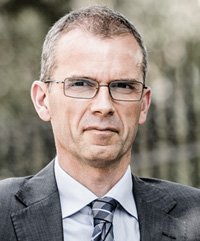 Thompsons Solicitors, Scotland’s leading health and safety law firm, has long campaigned for improvements to the countries Fatal Accident Inquiry system. No case highlights deficiencies in the current system more than the tragic sinking of the Flying Phantom. The tug boat sank in the river Clyde in December 2007 and 3 crew members lost their lives. But as yet there has still been no FAI into these tragic circumstances. The Crown Office mounted a criminal prosecution of the boat’s owners and the port authority Clydeport over what they said were breaches of Health and Safety Law. As Clydeport went to the High Court in Edinburgh to plead guilty to the charges against them, Andrew Henderson, a partner with Thompsons who represented the families of the men spoke to BBC online about the case and the need for urgent reform of the FAI system.

Thompsons Solicitors Scotland have an unmatched record when it comes to campaigning for justice on behalf of families across Scotland. The cases where we represent parents caught up in the Baby Ashes Scandals are a very good example of this. Lawyers from Thompsons led by Patrick McGuire and Lindsay Bruce are acting on behalf of hundreds of parents across Scotland who are seeking justice and answers from the authorities. An important part of this campaign is working with the media to ensure that people’s stories are heard. That’s why Thompsons is very happy to work with newspapers like the Glasgow Evening Times. Lindsay Bruce along with Mums and Dads from Glasgow met with the Times to tell their story.

It was a successful night for Thompsons Solicitors at this year’s Scottish Law Awards. The firm picked up two prestigious awards, Litigation Team of the Year and Legal Personality of the Year.

In awarding the prize for Litigation Team  of the year the Judges, chaired by Hector MacQueen of the Scottish Law commission, were impressed by the work Thompsons have done in the North Sea Helicopter fatal accident Inquiry, Pleural Plaques litigation and mass litigation on a local scale helping people affected by a HIV scare at a dental practice in Ayrshire.

Landmark settlement for family who lost their father to asbestos 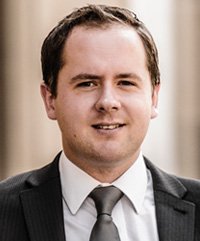 Thompsons are the leading law firm in Scotland fighting for the rights of asbestos victims and their families. The horrendous health problems caused by exposure to asbestos cause terrible pain and loss to many families across the country. For decades Thompsons has been at the forefront of helping these families. In a recent landmark case at the Court of Session in Edinburgh Thompsons helped the McCarn family get justice for their dad John. John who was exposed to asbestos while working in the Clyde shipyards died at the age of 69. Had it not been for his exposure to asbestos doctors say John would have lived till his late 90s. The McCarns and their lawyer from Thompsons, Craig Smillie, spoke to the Glasgow Evening Times about the case and dangers posed by asbestos.

One of Thompsons Personal Injury Solicitors Scotland most prominent lawyers, Lindsay Bruce, talks to the Glasgow Evening Times about her work with the parents seeking justice in the baby ashes scandal. This is an issue that has affected many families  across Scotland and Lindsay has been helping the parents involved since the scandal broke. As she discusses in her interview it can often be very emotional for everybody involved but both she and the parents are determined the whole truth about what happened  is made public. 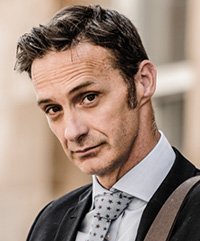 Patrick McGuire from Thompsons has highlighted growing concerns after a dentist based in Paisley was struck off for lying about his HIV status. The case has led to thousands of people in the town having to undergo blood tests. Many who have undergone the blood test will be able to claim compensation for having been put through the ordeal.

Thompsons Client Lee-Anne Gerry talks about her case against a private crematorium after her daughters ashes were improperly disposed of.

The Herald praise Thompsons on FAI campaign in Scotland

Thompsons are at the forefront of campaigning to reform the Fatal Accident Inquiry System in Scotland. Over the years we have represented many families whose loved ones have lost their lives through accidents at their work or elsewhere. We are passionate about the need to put these victims at the heart of FAI system and continue to work with all political parties and the Scottish Government to achieve this.

The legal team representing hundreds of dental patients in Ayrshire has revealed that the dentist at the centre of a HIV scare re-used gloves with multiple patients and didn’t bother cleaning instruments from one patient to the next. Using a freedom of information request to NHS Ayrshire and Arran, Thompsons Solicitors have discovered that Millbank and Drongan dental Surgeries, both owned and operated by dentist Alan Morrison, routinely used dirty dental instruments.

Families in Aberdeen affected by the baby ashes scandal have reacted with horror after learning of very serious allegations regarding practices at the city’s Hazelhead crematorium.

A statement from chief executive Angela Scott makes clear that the allegations involve the joint cremation of adult and babies. If these allegations are found to be true it would be an extremely disturbing development in the ongoing baby ashes scandal at Hazelhead.