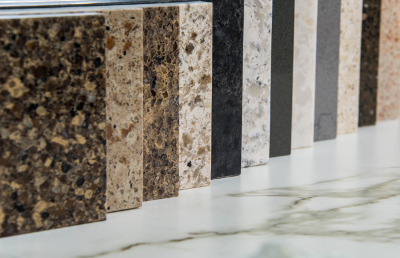 Progressive massive fibrosis (PMF), a complication of silicosis and pneumoconiosis, is a potentially fatal industrial disease affecting coal miners as well as workers in construction, engineering, stonemasonry and the trades sectors. In fact, any person who has worked in an occupation where they have been exposed to atmospheric silica dust or other similar-acting pathogens may be at risk of developing progressive massive fibrosis.

The impact of the illness is stark: it can leave sufferers short of breath and unable to perform even the most simple of tasks.

Scientists have previously drawn parallels between progressive massive fibrosis and asbestos-related illness. This is because both illnesses have long latency periods (sometimes up to ten years, both affect workers in the trades sectors and both cause a severe loss of respiratory function. Furthermore, those with PMF may also develop autoimmune conditions such as rheumatoid arthritis and scleroderma.

Progressive and Without a Cure

Progressive massive fibrosis gets worse over time and has no cure. Once workers inhale microscopic silica dust particles these settle in the lungs, cause inflammation and, eventually, irreversible disease. Sadly, sufferers may be unaware they have PMF until they develop symptoms (see below) and this can be many years after they were exposed to the harmful dust.

Engineered stone is increasingly used as a working surface in kitchens and other settings. However, it is made from 90 percent crystalline silica and when cut the blocks release silica dust, potentially causing silicosis.

Unfortunately, around 50 percent of people who are diagnosed with silicosis go on to develop serious lung scarring and progressive massive fibrosis. At-risk workers include stonemasons, kitchen makers, kitchen installers and general construction workers.

For a long time, progressive massive fibrosis has also been known as black lung disease. This is because of its prevalence among those working as coal miners as well as those working in jobs that expose them to graphite or manmade carbon.

Black lung disease causes inflammation, fibrosis and sometimes even necrosis (death of tissue). It typically occurs in those who have suffered repeated exposure over long time periods and when large areas of dense and disabling fibrosis have developed on the lungs. Symptoms of black lung disease and PMF are very similar and include the following:

If you have been diagnosed with either pneumoconiosis, silicosis or progressive massive fibrosis, you should consider your possible entitlement to compensation. Not only can this provide recognition of your pain and suffering, it can also ensure that you have adequate financial provision for any specialist equipment and medical care bills you incur, plus it will also take into account of the impact of any lost earnings.

If you want to know more, our Lung Disease Compensation FAQs page provides lots of really useful information, or, to find out if we could help you, contact the lung disease solicitors at Thompsons Scotland today by calling 0800 331 0891.