Legal expertise from our experienced team 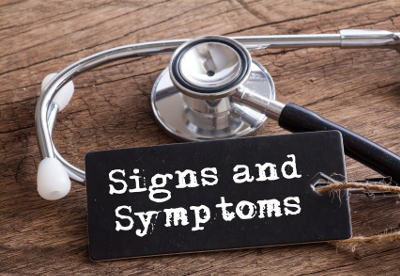 Understanding the symptoms of a head injury

As a firm of experienced head injury lawyers, Thompsons knows that sometimes even a minor-seeming head injury requires medical attention. This is because it can be difficult to identify when an injury is benign and when it has the potential to cause serious and long-term brain damage.

Many head injuries are likely only to result in slight disorientation, cuts and/or bruises; however, it is always best to err on the side of caution when dealing with a head injury so following any blow to the head it is wise to keep an eye on any ongoing symptoms.

Most cases of minor bruising and laceration can be treated at home. For example, minor bruises to the head can be treated by applying ice or an instant cold pack to the affected area for ten minutes at a time at regular intervals.

If bruising or swelling spread or cause the eyes to become closed, then medical attention should be sought.

Cuts and scrapes on the head may initially appear to be more serious than they are; this is because there are many blood vessels at the surface of skin covering the skull and this can result in quite profuse bleeding.

Most minor lacerations can be treated in the following way using a first aid kit:

If you are unable to stop bleeding, the wound is deep or longer than a few cms, or there are any obvious signs of skull fracture then medical attention should be sought immediately.

Head injury symptoms in children following a blow or fall

It is vital that you are fully aware of all the possible signs that a head injury could be severe and could potentially lead to swelling, damage and increased pressure on the brain. If a young child has sustained a head injury, you should seek immediate medical attention; infants cannot verbalise their symptoms or disorientation and it may be more difficult for you to identify anything unusual.

The following are all signs that you should seek immediate medical help:

Colin Shieff, consultant neurosurgeon and Headway trustee, explains, "A traumatic brain injury (TBI) may occur after a blow to the head and can be classified as mild, moderate or severe. Children do bump their heads a lot, and although it's frightening for the parents, after the initial shock, the child usually recovers quite quickly. That's not to say you shouldn't keep an eye on them. Look out for anything unusual, such as wobbly, unfocused eyes, a child who is unresponsive (either not hearing you call their name or not being able to respond, in which case speech might be affected), vomiting or appearing disorientated. All of these indicate your child should been seen by a doctor. If your child has been knocked unconscious, get medical help immediately."

Immediate medical assistance should be sought if the adult has lost consciousness, is less alert than usual, cannot be woken or displays any of the following symptoms:

According to the NHS it is normal to have a minor headache or to feel a little nauseous or confused for up to two weeks following a head injury. It recommends that the following actions should be taken to aid recovery:

Additionally, the NHS provides a list of ‘don'ts' following a head injury. These are as follows:

Remember, even if there is no outward sign of a brain injury, you should be aware that beneath the surface there could be bleeding and swelling.

This is demonstrated by the case of actress Natasha Richardson who suffered a blunt force head injury in a fall while skiing. She initially refused medical attention as she felt fine. However, she later developed a headache and ultimately the medical care she received came too late. Always take a safety first approach to head injuries.