Keep up-to-date with all the latest News, Awards and find out what we’ve been up to in our blog...

Thompsons staff get on their bikes 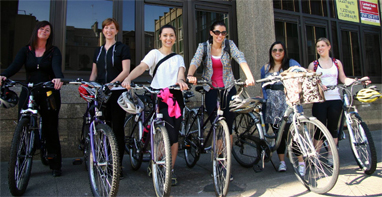 Staff at Thompsons Solicitors are getting on their bikes to ensure they offer better legal services to injured cyclists.

Thompsons Solicitors have added an Employment Law Solicitor, Aidan West, to their team in Aberdeen.

Thompsons Saddle Up To Help Cyclists

Staff at Thompsons Solicitors are getting on their bikes to ensure they offer a better service to victims of cycling accidents.

Half a dozen of the firm’s lawyers and support staff have signed up for an 8-hour Cycle Commuter Course run by Cycle Scotland.

Hundreds of members of the public are to receive compensation payments after being burned by a defective batch of sofas. The sofas had been manufactured by the Chinese companies Linkwise and Eurosofa and were sold in Argos, Land of Leather and Walmsleys.

Thompsons Solicitors’ Aberdeen Partner Chris Gordon has welcomed news that scientists at Aberdeen University have been awarded £1.5m for research into deadly bacteria like E.coli, salmonella and Legionella which cause Legionnaires disease.

The Staggering Cost Of Accidents in the Home

The Royal Society for the Prevention of Accidents has put the cost to the UK of accidents in the home at £45 billion a year, in hospital bills, time off work and benefits, in a report to their home safety congress in Glasgow.

The figure has almost doubled since RoSPA last reported on home accidents in 1996.

Thompsons Solicitors and Solicitor Advocates are pleased to announce the assumption of Derek McLean into the partnership and the appointment of Victoria Aquino, Jayne Crawford and Jennifer St. Clair as associates. 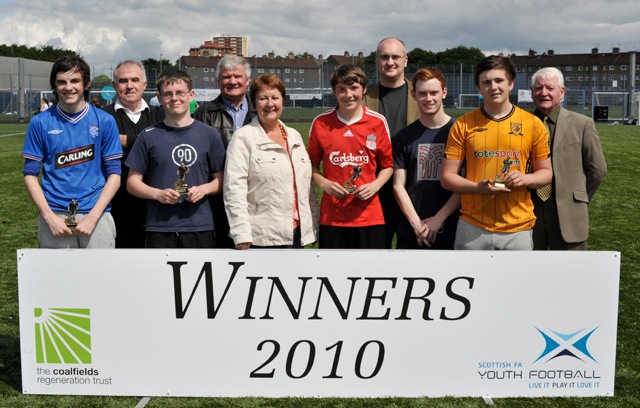 Thompsons Solicitors won praise for their sponsorship of the Coalfields Regeneration Trust Midnight League finals at the Toryglen Regional Football Centre on Sunday.

Over 200 youngsters from former mining communities all over central Scotland took part in the finals, with Alloaâ€™s Jackson Five winning the boys 14 and over section, Penicuik Stars taking the boys 12/13 title and Burnbank girls beating their near neighbours Blantyre in the final of the girls event.

Nicky Wilson, Scottish Trustee of the Coalfields Regeneration Trust said: â€œWe owe a huge debt of gratitude to Thompsons Solicitors for their sponsorship of the finals and to the Scottish FA for running the leagues and the finals.

â€œThe Coalfields Regeneration Trust supports midnight leagues in 21 former coalfield communities to the tune of Â£50,000 a year, giving over 1,100 youngsters something positive to do at weekends.
â€œEvents like the finals really bring home how much good that does and how much enjoyment it gives to those taking part.â€

Bruce Shields, Solicitor-Advocate and Partner at Thompsons Solicitors said: â€˜We were delighted to contribute to the success of the CRTâ€™s midnight league finals.

â€œThompsons Solicitors has a long and proud tradition as trade union lawyers. We have always supported miners, their families and their communities and we continue to act for the NUM.

â€œIt was a real pleasure to see the sheer enthusiasm of the boys and girls taking part, and an object lesson in how to play the game. I was very impressed with the quality of their play and their sportsmanship.

Andy Gould, Head of Regional Development at the Scottish FA said: â€œEvery boy and girl who took part can be really proud of themselves, both for their skills level, and their behaviour on and off the pitch.â€

Cumbernauld and Kilsyth MSP Cathie Craigie who joined Bruce and CRT Chair Peter McNestry in presenting the trophies said: â€œMy local team made it to the final, but just missed making it three wins a row for Cumbernauld. But as always it was a great occasion.â€

Mr McNestry said: â€œThe Coalfields Regeneration Trust is particularly concerned with helping young people. By supporting midnight leagues in Scotland and the rest of the country, we improve the quality of life in former mining communities by giving young people something positive to do at weekendsâ€.

The Finals are the culmination of regular Midnight Leagues which the Coalfields Regeneration Trust in Scotland co-sponsors with the Bank of Scotland and are played, week in and week out in twenty Scottish coalfields areas.

The Midnight League programme is run by the Scottish FA in partnership with The Bank of Scotland, Coalfields Regeneration Trust, CashBack for Communities, local authorities and police forces.

The aim is to get young people off the street and onto the pitch, and last year over 10,000 people played Midnight League football at 70 venues across every local authority in Scotland.

Thompsons Personal Injury Solicitors has reinforced its commitment to former mining communities with a sponsorship package for midnight league football.

Thompsons make hard-hitting Points to Review On Rights of Audience

Thompsons Solicitors has made some hard hitting recommendations to the Thomson Review into the Rights of Audience in the Supreme Courts in Scotland.

The Review has been urged to ensure that the current practice of High Court Judges remaining member of the Faculty of Advocates after their appointment to the bench should cease.