Why employers are using social media to hire and fire 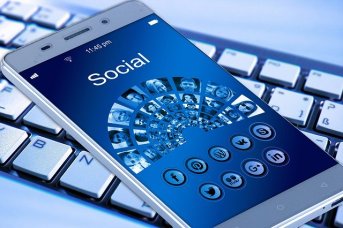 Securing a job is a tough gig and it’s only getting tougher. Not only do you have to convince your prospective employer that your leadership skills could match those of Greta Thunberg but now you have the added stress of social media vetting, something that is becoming increasingly common among employers. From their perspective, it is a resourceful way to verify whether the charming and articulate applicant whose favourite hobby is reading in their spare time, is really just that, or if they are actually a secret party animal who lives for the weekend. From a job applicant perspective, it is a complete violation of a person’s privacy. Social media is where one goes to digitally let their hair down and post pictures of long weekends in Amsterdam or a stag trip to Ibiza. Never could you have imagined that posting that ‘questionable’ bikini picture would cost you a job. This unfortunately, was the harsh reality for marketing applicant Emily Clow.

Clow applied for a marketing position at Kickass Masterminds, a Texas based company founded by Sara Christensen in 2017. The application form requested an Instagram or Facebook handle and the company suggested she follow them on Instagram. It was there that Clow discovered a picture of herself in a bikini which had been taken from her own personal Instagram account. The company in question had used her picture as a warning to other applicants not to "share your social media accounts with a potential employer, if this is the kind of content on it. Christensen continued, “I am looking for a professional marketer - not a bikini model.”  It also suggested that applicants “go on with your bad self and do whatever in private. But this is not doing you any favours finding a professional job.”

Clow Tweeted about her experience, in which she claimed to feel “objectified” and “baffled as to why the company had handled it in such a manner.” Twitter did what Twitter does best and within hours the Tweet went viral and Clow was inundated with interview and job offers. Karmically, the company’s website and social media accounts have since been deleted owing to the overwhelmingly negative response to their unprofessional conduct. The irony.

This is not an isolated story and it is becoming common place for employers to carry out some form of online investigation. A recent study showed that up to 43% of recruiters have regularly checked a candidate’s online profile and over 80% check at least once. Provided they do not discriminate against a protected group based on what they uncover, it is completely legal and employers can use whatever means they want in their decision-making process. Interestingly, (and worryingly) a study published in the Journal of Applied Social Psychology found that   there might actually be some weight to the exercise.  Researchers found that they could better predict a student's academic success based on their Facebook page rather than on the cognitive test. A  study in which HR types were asked to rate the Facebook pages of college students based on their employability found that there was a strong correlation between employer reviews, post-employment, and the employability predictions that were made on the employee’s Facebook profile pre-employment.

There are some steps you can take to stop your online life being used against you the most obvious being check your privacy settings and make sure private material is available to view by friends only. For those who have a much greater social media reach, there are websites capable of cleaning up your profile, for example Reputationdefender.com. Not only does its director, Tony McChrystal, clean up people’s profiles, but he also visits schools and colleges to warn young people about how material posted online could one day become very damaging to their career.

Opinion is extremely divided on the matter. For some, the argument is that it is a cost effective and efficient way of finding out if a candidate has any red flags which would make them unsuitable for the role. But for others, social media is a space for sharing life moments with friends and family, and pictures posted are never intended to be viewed professionally, therefore qualifying them as being private. Whichever side of the fence you fall on everyone has skeletons in their photo albums so let’s not judge too hastily.