For legal help from expert, dedicated solicitors in Scotland 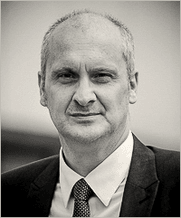 His reign as world Number 1 May, however, be short lived after being forced out of the Miami Open due to injury.  Andy Murray is right handed and unable to compete because of an injury to his right elbow.

Although I am no doctor, every indication suggests Andy Murray may have developed ‘lateral epicondylitis’, an upper limb disorder which is brought about by repeated and forceful use of the extensor muscles of the forearm – that is, the muscles on the outer part, or back, of the forearm.  We laypeople better know the condition as ‘tennis elbow’.

Tennis elbow is not uniquely associated with tennis and, indeed, its colloquial name comes about because of the particular way the arm is used that gives rise to risk of lateral epicondylitis.

The action of the arm in repeatedly hitting a tennis ball with a racquet involves similar stress and strain on the forearm and elbow which are frequently encountered in activities at work, such as the swinging of a hammer or other similar tool, whilst using repeated force.

For over a hundred years, both golfers and tennis elbow have been conditions encountered in the workplace.  Neither, however, is uniquely occupational and both can occur in the absence of a work activity involving use of the arms as described above.

These conditions fall under the general description of ‘work related upper limb disorders’ (WRULDs), of which there are several, including carpal tunnel syndrome (CTS) and Hand Arm Vibration Syndrome (HAVS), or Vibration White Finger (VWF).

Of course, not every case of Golfer’s or Tennis elbow will have been caused by activities in the workplace, but those suffering from either condition may have had their symptoms aggravated, or made worse, by the demands of their job.  And if a worker already suffering from either condition, regardless of which activity has caused their condition, but is required to carry out work processes that cause them to suffer further pain and suffering, then they potentially have a claim for compensation caused by the negligence of others who should have taken steps to prevent that activity from taking place.

Andy Murray has pulled out of the Miami Open because he is aware that smashing those high velocity serves, and returning the ball at incredible pace to his opponent from the baseline, will simply cause his existing symptoms to continue and, even, perhaps worsen.  Andy Murray is, therefore, taking a break from the very activities that cause him the pain and suffering.  No doubt he is, at this very moment, taking a respite by involving himself in lighter duties whilst recovering from his symptoms.

Avoiding the continuing pain and suffering, and taking steps to remove the injured person from the activities causing - or making worse - the pain, are actions that would otherwise be commended in an employer dealing with an employee in similar circumstances, but failure by an employer to take such steps will quite correctly result in a compensation claim for personal injury.

I do not, however, expect to be receiving a call from Sir Andy Murray in the near future to pursue a compensation claim on his behalf.  Although I would be delighted to do so, previously having acted for thousands of workers suffering from WRULD, and having considerable experience in this type of claim.

Andy Murray is not, however, a worker or employee, but a supreme athlete at the peak of his career.  He is, indeed, a self-employed person.  Not that the self-employed are unable to claim for compensation for personal injury: for the time being, before Brexit – it is still the case that the European Union health and safety regulations which place duties on those having the control of workplaces to safeguard the health of safety of workers under their control, even though not employed by them, are still in place (although because of UK Tory Government legislation those regulations cannot be directly relied upon by most workers).

The Health & Safety Executive estimates that over 8 million working days each year are lost due to WRULDs and/or musculoskeletal disorders (MSDs), or over 1/3rd of all days lost due to work related health in the UK.

I hope that Andy Murray isn’t out of action for anything approaching four months of the tennis calendar, otherwise his position as world number 1 is at risk.  If, however, he is out of action that long because of his WRULD his Number 1 ranking may still survive intact.

Because it looks like his nearest rival, Djokovic, is also suffering from a work related upper limb disorder (WRULD) – Tennis Elbow.